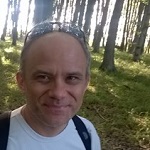 Jim Pryor joined the department in 2020. Before that, he spent time at NYU, Harvard, and Princeton. His research and teaching spans epistemology, philosophy of language, and philosophy of mind.

Issues he has focused on include:

* the epistemology of perception and issues about defeasible justification more broadly (including also defeasible a priori justification)
* the nature and scope of introspective awareness
* belief, confidence, acceptance, suspended judgement, and how these relate to each other
* de re representation and other kinds of “wide” content
* issues about coreference, both from the angle of “Frege’s Problem,” and from the angle of theories of anaphora in formal semantics
* other issues at the intersection of philosophy and linguistics that draws on the notions of mutation, monads, and continuations from computer science

“Merits of Incoherence”
With commentary by Ori Beck, Anil Gupta, Adrian Haddock, Declan Smithies, and my replies
In Analytic Philosophy 59 (2018), together with other contributions to the October 2016 Pittsburgh Conference on Perceptual Experience and Empirical Reason

“De Jure Codesignation”
In A Companion to the Philosophy of Language, 2nd edition, edited by Bob Hale, Alex Miller, and Crispin Wright (Blackwell, 2017)

“Problems for Credulism”
In Seemings and Justification: New Essays on Dogmatism and Phenomenal Conservatism, edited by Chris Tucker (OUP, 2013)

“When Warrant Transmits”
In Wittgenstein, Epistemology and Mind: Themes from the Philosophy of Crispin Wright, edited by Annalisa Coliva (OUP, 2012)

“What’s Wrong with McKinsey-style Reasoning?”
In Internalism and Externalism in Semantics and Epistemology, edited by Sanford Goldberg (OUP, 2007)

“Reasons and That-Clauses”
In Philosophical Issues 17 (2007)

“What’s So Bad about Living in the Matrix?”
Published online in 2003 at whatisthematrix.warnerbros.com (site now inactive, text available at http://www.jimpryor.net/research/papers/matrix/plain.html)
Also in Philosophers Explore the Matrix, edited by Christopher Grau (OUP, 2005)

“Immunity to Error through Misidentification”
In Philosophical Topics 26 (1999)