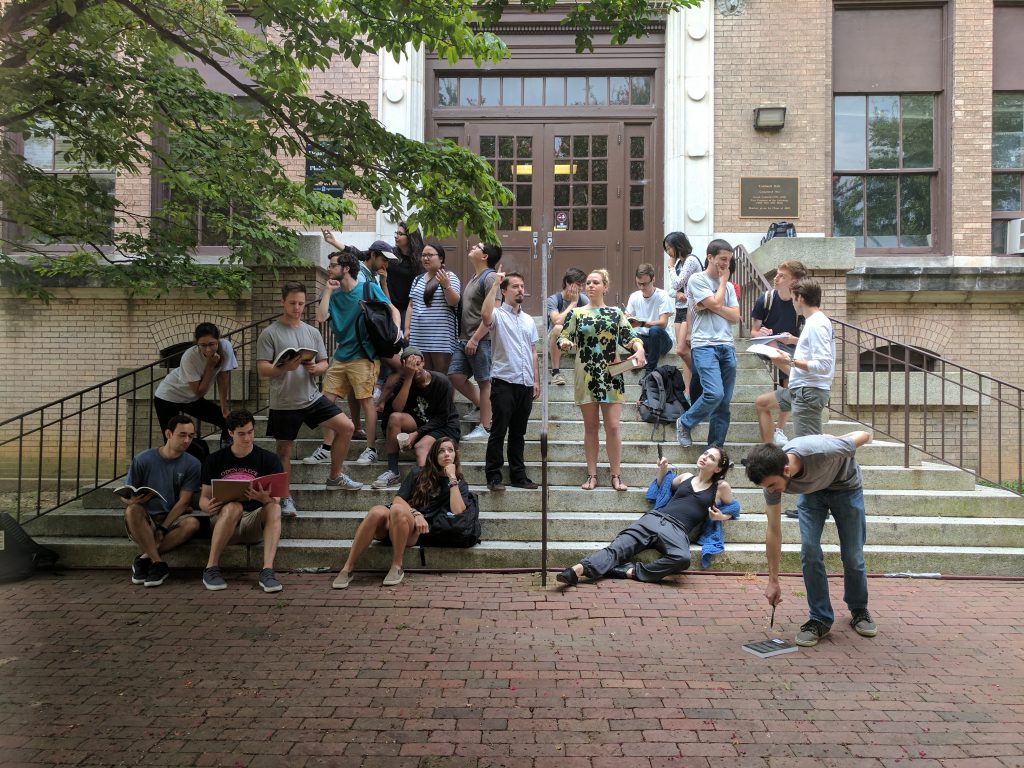 Students in a summer PHIL 210, with no apologies to Raphael.

A major in philosophy requires nine PHIL courses. No more than three of the nine may be numbered 199 and below.

The nine courses must include at least one course in three of the following four distribution areas:

PHIL 155 is recommended for all students who major or minor in philosophy.

Please note that First Year Seminars (all numbered below 100) and courses with a second digit of nine (PHIL 390, PHIL 691H, PHIL 692H, etc.) automatically count toward the major core as electives. However, with approval of the Department’s Director of Undergraduate Studies, PHIL 390 may count toward one of the four distribution areas.

Within the framework of the major, students may elect to take philosophy courses geared toward pre-law. Inquiries about pre-law advising may be sent to the Department’s Director of Undergraduate Studies. Although we are not in a position to offer law career (including career prep) or LSAT advice, the Director of Undergraduate Studies is available to provide academic advising and discuss pre-law course information.