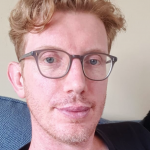 Tom Dougherty is a core faculty member of UNC’s Philosophy, Politics and Economics Program. He completed his B.A., in PPE, at Oxford (2004) and his PhD, in Philosophy, at MIT (2010). Before coming to UNC, he was a post-doctoral scholar at Stanford (2010-2012), a lecturer at the University of Sydney (2012-2014), a University Lecturer in the Philosophy Faculty at the University of Cambridge and a Fellow of Trinity Hall (2014-2019) and a Faculty Fellow at the Murphy Institute of the University of Tulane (2018-2019).

Dougherty is writing books on the ethics of consent and on the rational (in)significance of the fact that we act from a temporal perspective. Among other topics, he has also researched the debate over consequentialism, ethical vagueness and female under-representation in philosophy.

Philosophy articles
Morality and Institutional Detail in the Law of Torts: Reflections on Goldberg’s and Zipursky’s Recognizing Wrongs, (with J. Frick)
Law and Philosophy, forthcoming

Coerced consent with an unknown future
Philosophy and Phenomenological Research, 103 (2021): 441–461