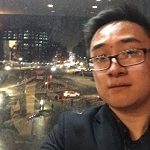 I am a third-year graduate student with interests in political economy, marxist philosophy, political philosophy, moral responsibility, and metaethics. In terms of political economy I’m interested in the history of economic thought especially modern economic thought (roughly 1700 – present day). In terms of Marxist philosophy I’m quite interested in historical materialism as well as questions of social ontology and ontology in general. In terms of political philosophy, I find it hard to distinguish questions of political philosophy from political economy. But I find philosophers have a very easy time doing this! I am interested in explicating the relationship between the two topics. My main work in undergrad was on moral responsibility and the possibility of redemption. I work to define these normative attitudes as an inextricable aspect of our practices of holding responsible. I don’t know if I am ever not doing philosophy but I also tend to enjoy literature, ice hockey, paintball, skiing, and working out.