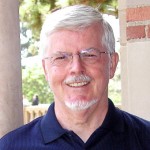 Professor Copenhaver studies philosophy and science in late medieval and early modern Europe.  He is a Fellow of the American Academy of Arts and Sciences; past President of the Journal of the History of Philosophy; a member of the Council of the Istituto Nazionale di Studi sul Rinascimento in Italy; and the editor of the History of Philosophy Quarterly.  He has served on the boards of Rinascimento, Renaissance Quarterly, Annals of Science, the Journal of the History of Ideas, Early Science and Medicine, the International Archives of the History of Ideas, and the I Tatti Renaissance Library.  He was the charter co-editor of a new journal, Magic, Ritual and Witchcraft, published by the University of Pennsylvania Press.  His research has been supported by the Guggenheim Foundation, the Getty Research Institute, the American Council of Learned Societies, the American Philosophical Society, the Medieval Academy of America and by a Fulbright Scholarship.  He has been the principal investigator on institutional grants awarded by the National Endowment for the Humanities, the Mellon Foundation, the Hewlett Foundation, the Ahmanson Foundation, the Arcadia Foundation and the Alcoa Foundation.