Geoffrey Brennan and I defended a theory of social norms, built on people’s interest in esteem, that later worried him on the grounds that if self-interest is at the origin of norms, then norms can only engage us prudentially: interest in, interest out. I argue that our original account can be extended to allay this concern. A counterfactual genealogy, akin to Lewis’s genealogy of conventions, can explain why social norms can assume the status of social demands rather than merely serving as maxims of prudence. 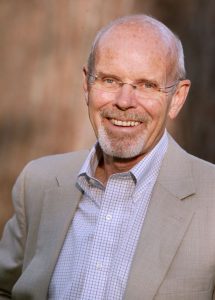 Philip Pettit is L.S. Rockefeller University Professor of Politics and Human Values at Princeton University, where he has taught political theory and philosophy since 2002, and for a period that began in 2012-13 holds a joint position as Distinguished University Professor of Philosophy at the Australian National University, Canberra. He was appointed a Companion of the Order of Australia in 2017. Born and raised in Ireland, he was a lecturer in University College, Dublin, a Research Fellow at Trinity Hall, Cambridge, and Professor of Philosophy at the University of Bradford, before moving in 1983 to the Research School of Social Sciences, Australian National University; there he held a professorial position jointly in Social and Political Theory and Philosophy until 2002. He was elected fellow of the American Academy of Arts and Sciences in 2009, honorary member of the Royal Irish Academy in 2010 and Corresponding Fellow of the British Academy in 2013; he has long been a fellow of the Australian academies in Humanities and Social Sciences. He holds honorary professorships in Philosophy at Sydney University and Queen’s University, Belfast and has been awarded honorary degrees by the National University of Ireland (Dublin), the University of Crete, Lund University, Universite de Montreal, Queen’s University, Belfast and the University of Athens. Common Minds: Themes from the Philosophy of Philip Pettit appeared from OUP in 2007, edited by Geoffrey Brennan, R.E.Goodin, Frank Jackson and Michael Smith.